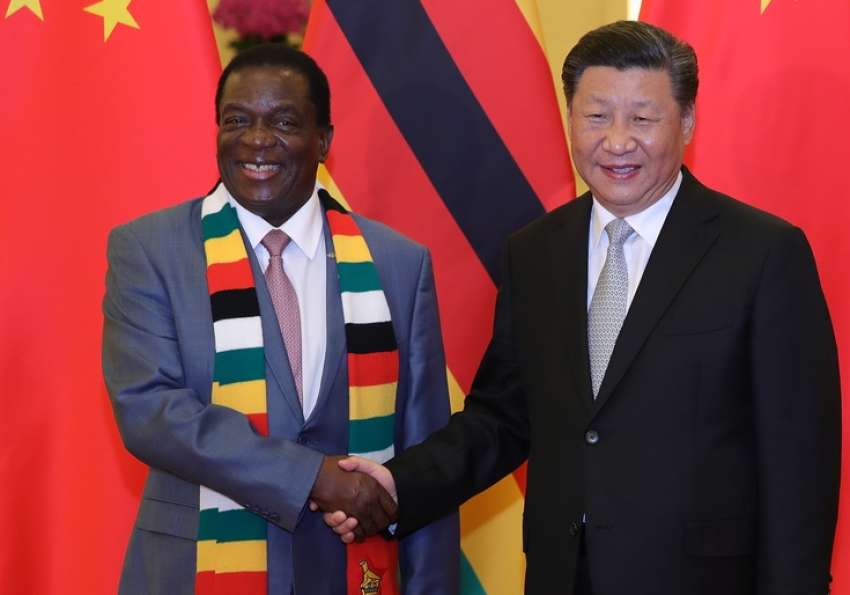 The Chinese government has established an unparalleled spying capacity in Africa by encouraging Chinese companies such as Huawei to construct government buildings across the continent, according to a recent report.

The report, published by the conservative Heritage Foundation, found that Chinese firms—many of which are state-owned or linked to the government—have built or renovated 186 government buildings in Africa. Many were constructed in the last two decades. Senior Policy Analyst Joshua Meservey, the report's author, said the buildings are "a likely vector for Chinese spying," given the Chinese government's history of using such buildings to spy on its inhabitants.

"Beijing may have better surveillance access to Africa than anywhere else in the world," the report reads. "The Chinese government could use the information it harvests to advantage its companies competing against American and other firms, glean insights into U.S. security assistance and counterterrorism programs, and recruit or influence senior African government officials."

The report comes at a time of heightened U.S. interest in China’s activities in Africa, where the communist regime has undertaken hundreds of infrastructure projects in a bid for influence. The U.S.-China Economy and Security Review Commission—a bipartisan body sanctioned by Congress to research China-related issues—held a full-day hearing earlier this month to evaluate China’s strategic aims in Africa.

"The Chinese development model [in Africa] often serves to enrich the PRC and expand its perceived sphere of influence," Christopher Maloney, a senior official at the U.S. Agency for International Development, said during the hearing.

Concerns about China-built government buildings first surfaced in 2018, after reports that the African Union headquarters' China-built databank was sending all of its stored information to a Shanghai server every evening. The database was built by Huawei, a federally indicted Chinese tech giant widely accused of acting as a Trojan horse for Chinese spying.

Other government buildings constructed by Chinese companies might serve as conduits of Chinese espionage, according to the report. Some of the possibly compromised buildings include key establishments, such as Guinea-Bissau’s Palace of Justice, which houses not only the country's supreme court, but also administrative courts and the attorney general’s office.

"[Chinese construction projects in Africa] have waxed and waned, but we've definitely been in a waxing period these last few decades," Meservey told the Washington Free Beacon. "It's really since Tiananmen Square in 1989, when China was increasingly isolated internationally and Africa was a strong source of support, and helped break that isolation."

The report identified 40 countries with at least one China-built building, with some construction projects dating back to the 1960s. Most of the projects involved state-owned enterprises, while others were constructed by ostensibly private companies with close ties to the state, such as Huawei, according to Meservey. He said the report's recorded total of 186 China-built buildings is almost certainly an undercount.

"I know there are some buildings out there I just missed," he said. "I did find mention of 60 other buildings that I didn't include in the final total, because they were mentioned in sources I wasn't confident about."

The report has already triggered the ire of the Chinese government. Zhao Lijian, spokesman for the Chinese Ministry of Foreign Affairs, denounced Meservey's findings as "based on nothing but lies, illusions and ideological bias." As one of the regime's chief propagandists, Lijian has a long history of peddling Chinese fake news, once speculating that the novel coronavirus might have originated from the U.S. military.

Meservey said China was likely pushing back against his report because his findings "hit near the mark, worrying the Chinese government."

"If it were widely known that Beijing likely uses some of the ‘gifts' it lavishes on African leaders to spy on them, it would undercut all the core elements of Chinese official messaging to Africa," he said. "It is something Beijing can ill afford, particularly right now when it is in the midst of a global campaign to obscure its mishandling of the COVID-19 outbreak, an effort for which African countries will be an important source of support."